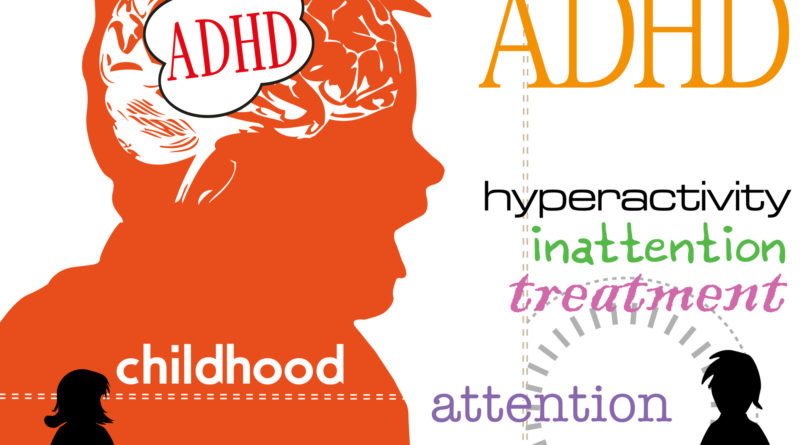 Natural Solutions DO Help with ADD and ADHD

Are you willing to give time, make changes, and expend effort to keep your kid off the drugs? It’s worth it. Here’s my family’s experience.

Attention deficit/ hyperactivity disorder commonly abbreviated as ADD, or ADHD is a condition whose symptoms build up early in childhood and can live on through adolescence to adulthood. This neurologically based disorder commonly presents problems with concentration, hyperactivity and impulse control. The good news is that ADD/ ADHD can now be helped with a modern scientific technology referred to as brainwave entrainment.

When my daughter Grace was in Kindergarten, it became really apparent she needed help. She wasn’t like the other kids.  She scored high on the ADHD test of seven questions and they suggested Adderall for her.  This really began my journey into holistic and natural approaches for health and wellness.  Because in a week that Adderall prescription turned my busy and distracted – but sweet – little girl into one threatening to poke people’s eyes out with her pencil.

I took her off the drug immediately.

I was fortunate to have great connections and was put in touch with Dr. Michael Joyce, a leader in using neurofeedback and dietary changes to address these issues. Dr. Joyce has run exciting programs in public schools with brainwave entrainment with challenged kids, using David Siever’s protocols. I followed his suggestions to the letter and used brainwave entrainment and dietary changes to help my little girl.

Well, long story short, certainly there were challenges, but she got better and better year by year — “closing the gap” and healing her own brain.  Most importantly she learned that she was doing this, through her own efforts, accepting guidance, and creating coping skills.  This is in stark contrast to the message kids receive when they’re put on drugs like Adderall.  The message there, whether expressed or not, is that “you don’t have, within you, what you need to cope.” This can haunt a person their entire lives, I believe, and show up in any number of ways.

Anyhow, Grace is now 15 as of my writing this and is in 9th grade. She gets almost all A’s (we have a tutor to help her in math), and is a fantastic artist. She has taught herself, through our work, to focus and she can focus on her art or schoolwork comfortably for long periods of time.  You wouldn’t know she’s the same kid who, in first grade, was still so uncomfortable and ADHD that she would climb up onto the dining room table while trying to do her first grade homework with me!

So, yes, there were years of effort and patience on all sides, BUT…the result was so worth it. I would definitely take this route all over again as compared to the prescription route.

So what is Brainwave Entrainment and how does it help ADD or ADHD?
Theses are some of the questions many people ask out there when they hear about this technology. So you are not alone and there is nothing to feel sorry about it. The truth about your brain is that it consists of billions of brain cells referred to as neurons. To carry communication signals to each other, they use an electrical operation commonly referred to as brainwave pattern. These brainwave patterns keep changing in different frequencies depending on any individual’s mental state. Brainwave entrainment therefore refers to the technology of persuading or entraining the varying frequencies to be synchronized to specific modulations in sound recordings. Ideally, sound brainwave entrainment means altering the listener’s brainwave frequencies using pulses of sound. As you listen to the subtle sound beats in the recording, you’ll begin to feel some slight vibrations forming in the eardrum as the brain responds towards changing your mental state.

There are different brainwave patterns depending on associated mental states. These include Beta, Alpha, Theta and Delta. By simply observing your brainwave patterns, one can actually tell a lot about you or your mental activity. For instance if you have ADD or ADHD, it’s likely that you have problem with focusing. People suffering from ADD normally have overabundance of specific brainwave patterns, which cause them to lose concentration. Several studies have also shown that persons suffering from ADD generate excessive brainwave frequencies in their right side of the brain – the busy and emotional hemisphere, causing hyperactivity.

To help reduce the symptoms of ADD or ADHD in one of the most effortless and natural way, I have come up with a soothing, relaxing and a balancing recording in Focused Bliss. “Still and comfortable”, as my daughter describes how she feels after listening, Focused Bliss is a sound recording meant to expedite Alpha and SMR (Sensorimotor Response) brainwaves in the right, at the same time stimulating Alpha and Beta in the left hemisphere. Apart from correcting your hemispheric imbalance, focusing your brain and managing ADD/ ADHD disorder, Focused Bliss also helps in anxiety performance.

Your sessions of listening to these recordings will also work as mental exercises that will help increase activity and blood flow to your brain thus increasing its speed, at the same time helping in the formation of new neural connections. The 30 minutes Focused Bliss recording naturally reduces the symptoms of ADD/ ADHD and most of all a fulfilled feeling of stillness and comfort. Since stimulation is different for both the right and left hemispheres, you must use headphones with this recording.

The protocol that this audio was produced according to was created by David Siever, a leader in the field of brainwave entrainment for such applications.  The protocol suggests that this audio be paired with a calming (theta) audio.  The practice is to listen to one in the morning, and the other in the afternoon, and then switch them and see which one creates the better results for that individual.  For example, listen to Focused Bliss in the morning and Cumulative Bliss, my theta audio, in the afternoon. Do this for a week, then switch them for another week and see which pattern gets the best results.

Not just for elementary school kids

I’ve provided this solution (Focused Bliss/Cumulative Bliss combo) to people of all ages, from school age kids (where I get feedback from their parents primarily) to adults, and I’ve gotten good feedback from all ages.  So it is not an age-affected thing.  I like to combine this with teaching people to do what is called “Mental Rehearsal” and taking some time in the morning to move into a light state of self hypnosis (or a light meditative state, they’re the same from a brainwave perspective) and then imagining how they want their day to flow.  This gives the mind a focal point and establishes an expectation and makes it easier to stay on track, is the feedback I’ve received.  I think of it as “staying in the lane.”  This simple exercise in the morning lets the mind know where the lane is (the desired behaviors) and sets the expectation so that if the “car” of your mind starts to veer to one side or the other, there is a subconscious mechanism installed to pull you back to center.

(By the way, you can get Cumulative Bliss for free with the give-away on the right side of this page).

Other natural things we’ve done that have helped:

Prioritizing sleep. Lack of sleep or poor sleep can actually mimic the signs of ADD/ADHD in young children. Unlike adults, kids “fight” the sleepiness by going into activity overdrive. And the brain is doing important things during sleep, so we used music and essential oils to help in those early days. Grace is a champion sleeper now.

Those dietary changes Dr. Joyce helped us with, and I found a podcast here where you can listen to Dr. Joyce talk about the diet’s effect on  Attention Deficit.  Great stuff, and it really made a difference.  I honestly think even if you’re NOT diagnosed with ADD or ADHD you can benefit from eating as Dr. Joyce describes.

There are a number of natural over the counter alternatives to Adderall and its brethren and these are worth exploring as part of a comprehensive approach that includes dietary changes, behavioral training and brainwave entrainment.  Caffeine is one and there are more to explore.  Grace started having a cup of watered down coffee with milk every day before school at the age of 7, and has continued to this day.  A cup of coffee is the stimulant equivalent of .5 mg of Ritalin and gives her the stimulant edge she needs to focus during the school day, without the negative side effects of Ritalin or Adderall (which is extended release Ritalin–and clearly was NOT the drug for Grace.)

Most importantly, please don’t give up.  And don’t give in to the seeming “ease” of prescription meds.  I really have seen amazing changes from natural solutions but just like with the meds, it can be a process of experimenting to see what approaches work best for you or your child.  While raising a child (or healing yourself) with ADD/ADHD can certainly try your limits, it’s an investment that is worth it many times over.

5 thoughts on “Brainwave Entrainment for ADD and ADHD”

Our Gift to You! Free Hypnosis Downloads -> Click Here to Learn More
Hello. Add your message here.
Skip to toolbar