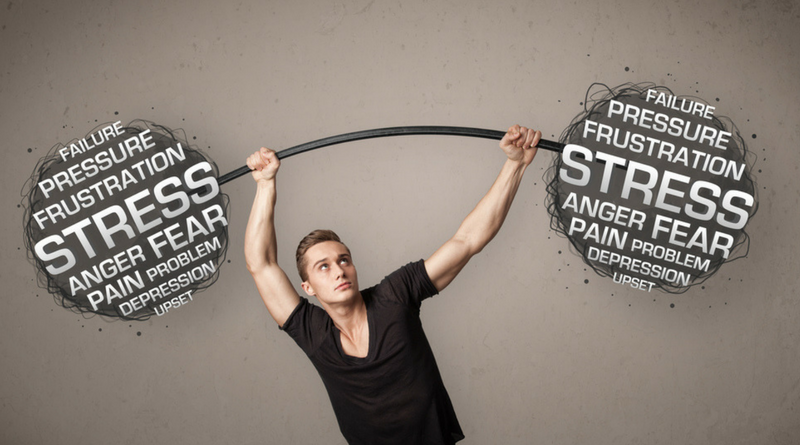 Exercise can make you stress- and depression-proof.


A new study shows that exercise actually stimulates the body to purge toxins that build up during stress and create depression.

You’ve long heard the advice that “exercise is beneficial in reducing the effects of stress and depression.”  And if you’ve engaged in physical activity on a regular basis you know that it has positive mental and emotional effects, in addition to the obvious physical ones.

But until now, science hasn’t been able to tell us the mechanism behind these positive effects.  And for many people, while feeling depressed or stressed out it’s hard to get up the gumption to go out and exercise unless there’s really good evidence as to why and how it works to help.

Now, a new study has uncovered how exercise protects the brain from stress-related depression.

Researchers at Sweden’s Karolinska Institutet have found that exercise causes important changes in skeletal muscles.  These changes in the muscles, due to exercise, actually purge the blood of toxins that build up due to stress and are harmful to the brain.

“In neurobiological terms, we actually still don’t know what depression is. Our study represents another piece in the puzzle, since we provide an explanation for the protective biochemical changes induced by physical exercise that prevent the brain from being damaged during stress,” says Mia Lindskog, researcher at the Department of Neuroscience at Karolinska Institutet.

Their conclusions, published in the journal Cell, come from a study of mice which were bred with high levels of a particular protein which is elevated by exercise, called PGC-1a1 (Agudelo et al., 2014).

These “mighty mice” were then exposed to some pretty extreme stress, and a control group of normal mice were exposed to the same stress.  The stress exposure consisted of five weeks of sleep disruption, loud noises, and flashing lights, all of which would stress out normal mice and put them into a depressive state (much like going through a stressful period of time through a divorce, loss of a job or so on would do for a person).

After the five weeks were over, both groups of mice were tested for depressive behaviour.

While the normal mice showed signs of depression, the “mighty mice” behaved absolutely normally, as though nothing had happened.

“Our initial research hypothesis was that trained muscle would produce a substance with beneficial effects on the brain.  We actually found the opposite: well-trained muscle produces an enzyme that purges the body of harmful substances.  So in this context the muscle’s function is reminiscent of that of the kidney or the liver.”

It is these enzymes that convert the substance formed during stress (kynurenine) into an acid, which cannot pass the blood-brain barrier.

Even injecting the gym mice with kynurenine couldn’t make them depressed, as their KAT enzymes produced by their muscles quickly converted it to a more harmless substance.  It was as if the “mighty mice” had become stress and depression-proof.

In summary, what this research points to is that stress creates a build up of toxins in the body and that build up can lead to depression.  Exercise stimulates the skeletal muscles become like a stress-toxin removing organ that removes stress toxins from the body and the brain.

If you want to hold up to stress better and hasten the reduction of depression, the evidence points to getting the type of exercise that builds skeletal muscles, such as strength training.

I’ll catch you later, I’m heading to the gym!

If you need help with motivation to exercise, check out this hypnosis audio from my friends Mark & Roger over at HypnosisDownloads.com:            Boost your exercise motivation now!