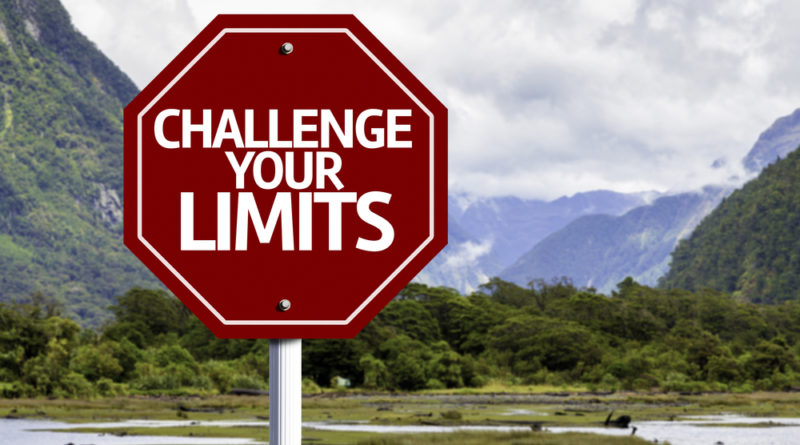 Follow @cindy_locher
The foundation of everything that makes you who you are is built on beliefs. Beliefs are the thoughts and ideas to which you have made a commitment to support, whether consciously or unconsciously. The represent a collection of assumptions and attitudes you have formed as a result of life experiences. Unfortunately, some of the beliefs we form, especially about ourselves interfere with our abilities to excel. In this article, I provide you with specific tips for changing limiting beliefs into empowering beliefs.

It is very common to see beliefs perpetuate through families and other sociocultural systems. Have you ever heard a young child make a negative comment about a political candidate? Children may not be old enough to understand politics, but they do understand that one is better than another because their parents said so. It is through family and cultural tradition that form the basis for a primary belief system. Social culture, family bias, and societal prejudice are extremely influential.

As with tradition, early beliefs are adopted from people who have perceived authority in our lives. In addition to our parents, they can be people like teachers, religious leaders, physicians, lawyers, etc.

Often times, we adopt the beliefs of a particular group with whom we associate. This is particularly true of adolescents who are starting to push boundaries in an attempt to self-identify. These beliefs may run counter to the traditional beliefs they adopted early on, or they may exaggerate those beliefs. This is the reason many parents try to guide their child’s choice of friends. Positive influence results in positive behavior, and negative influence results in negative behaviors.

As we mature, we develop critical thinking skills that allow us to understand cause-effect relationships and to rationalize with the use of logical thinking. This method for developing beliefs can be extremely influential in terms of developing positive or negative beliefs. Learned helplessness is a belief that can come following persistent negative outcomes following a particular behavior. You may come to believe you have no power or influence in creating the outcome itself.

Some people attain information though a feeling or sense about something. If you ever find yourself saying you have a gut feeling, a hunch or an inkling about something, you are forming a belief through subconscious means or possible through your developing intuition (sixth sense).

When you challenge your limiting beliefs you take back your power. Limiting beliefs are the beliefs we hold about ourselves or others that interfere with our ability to excel and succeed in any given faction of our lives.  In Neuro-linguistic Programming (NLP), limiting beliefs have been grouped into three major categories: hopelessness, helplessness, and worthlessness. Such limiting beliefs are often expressed through language and serve as an accurate representation of a personal belief system.

Hopelessness- My goal will never be reached under any circumstance.

Helplessness- My goal can be achieved, but I lack the ability to achieve it.

Worthlessness- I don’t deserve to achieve this goal because I’m not good enough.

Language patterns, such as those described above, not only reflect limiting beliefs but also serve as reinforcement to those limiting beliefs creating a powerful negative thought cycle. The best way to break this cycle is described by Robert Dilts, a well-known researcher and trainer of NLP techniques.

Joseph O’Connor & John Seymour wrote in their book, Introducing NLP: Psychological Skills for Understanding and Influencing People, “Beliefs are an important part of our personality, yet they are expressed in extraordinarily simple terms: if I do this… then that will happen. I can… I can’t. And these are translated into: I must… I should… I must not… The words become compelling. How do these words gain their power over us? Language is an essential part of the process we use to understand the world and express our beliefs.”

The good news is that language is also a powerful tool for changing limiting beliefs into empowering beliefs. In NLP, this technique is known as reframing. The truth is that the content of any experience is whatever you choose to focus on. The meaning can be whatever you like.

Reframing is a simple, yet very powerful tool for changing and attitude or belief from negative to positive. A simplified version reframing focuses on two primary types: Context Reframing and Content Reframing.

Context Reframing is a process that requires to you change a negative situation into a positive one by requiring you to consider more of the context. For instance, if you tend to have road rage because you hold the limiting belief that all drivers are idiots, a driver that cuts you off while changing lanes might push you over the edge. In this situation, your focus on the context is placed only on the point at which the incident occurred. If you expand the context and consider the possibility that the driver is in a hurry because a loved one is being rushed to the hospital. This changes the context forcing a change in the limiting belief.

Context reframing is very helpful in situations that arise suddenly and are out of your control. Looking at an event from a different perspective can help you stay calm and reduce your stress level. Opening your mind to possibilities other than the one that first pops into your head is the secret to context reframing.

Content Reframing is a process that can help you become a less negative person in general and can open the door to new experiences. It involves changing the meaning a situation has for you. Politics is an example of the art of content framing par excellence! Current economic figures can be taken as an isolated example showing up an overall downward trend, or, as an indication of prosperity, depending on which side of the political fence you sit. Similarly, high interest rates are bad for borrowers, and good for savers.

Advertising and sales are two areas where content reframing is critical. Products are put in the best light possible with the intent that people will associate the product with a particular state. For instance, using particular laundry detergent means you care about your family.

To reframe the content of an experience requires you to open your mind to new ideas. For example, if you hate to exercise it might be because you had a negative experience in the past. Perhaps you twisted your ankle while running. Because you had a bad experience you might have framed all types of physical exertion as negative. To reframe that perspective, you need to imagine a time in your past when you actually had fun being physically active. Recalling such events will help you to associate the idea of exercise to a positive experience rather than a negative one.

Changing limiting beliefs into empowering beliefs requires the development of self-awareness. The first step is to identify a limiting belief. You may be surprised at how many you have! Don’t try to change all you’re beliefs at once. It will likely take some practice to become aware of a limiting belief and then reframing it into something positive. Like any behavior, practice makes perfect. You’ll recognize them more quickly and easily, and consequently, you’ll be able to reframe more effectively. At first, it might be helpful to write them down when you recognize them. As you make your list, you might be able to see a pattern and identify the category of limiting belief (hopelessness, helplessness, or worthlessness) to which you’re more prone. Alternatively, you could have limiting beliefs that cut across all categories.

Limiting Beliefs are like weeds in the garden of your mind. Pick them out so that new, unlimited beliefs can grow!

So how do we find them and pick them out? First of all, if there is an area of your life, say financial, physical, relationships, etc. that you are not where you want to be, you have limiting beliefs that are holding you back in that area. Here’s one way to pluck out your limiting beliefs:

Make a statement to yourself about something you want to be or have such as “I am rich” or “I am thin”. Then listen closely to the “self-talk” in your mind after making the statement. What are the thoughts your mind thinks after each statement? Does it say: “You will never have enough money!” or “Making money is not easy!”? or “You’ll never be thin”, or “It’s too hard to lose weight!”

OK, you have just found some of your Limiting Beliefs! Now, how to go about changing them?

Write down your limiting beliefs on a piece of paper. It might say:

Now, on another piece of paper, write out your NEW corresponding unlimited beliefs, such as:

You can also challenge your limiting beliefs by asking yourself:

Practicing new unlimiting beliefs, one by one, creates unlimited thinking. Because the truth is, we are truly unlimited beings, only limited by our own thoughts. Let’s start thinking unlimited!

The process of self-awareness and change is not always an easy one. The benefit will far out-weigh the pain when you begin to feel the change that results from your change in beliefs.

You can create new beliefs with hypnosis! A great place to start is our collection, Project: Your Best Self.  Begin with Self Acceptance, open your heart to Live the Law of Attraction, use Deepest Relaxation to open your mind and clear your stress, and bring new confidence and charisma into your life, and see what mountains you can climb!